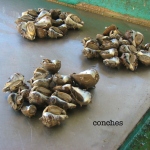 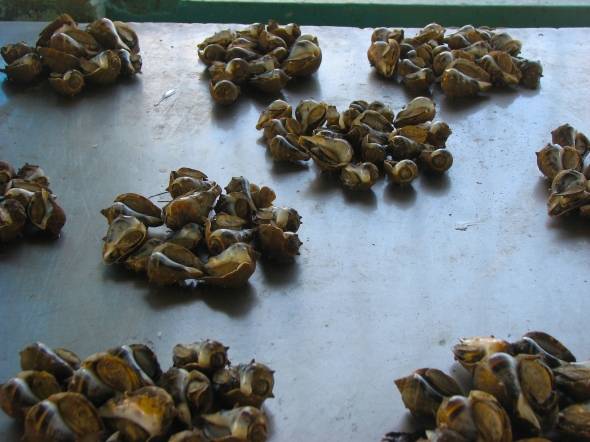 So today I was able to go to a couple of places and get a few things done.  I went to Trinidad’s main ‘member shopping store’ called Pricesmart.  Basically, this store was the first ever in Trinidad and Tobago and is still largely popular.  I can’t think, off the top of my head, whether there are other places like this in T&T…hmmm, I wonder? 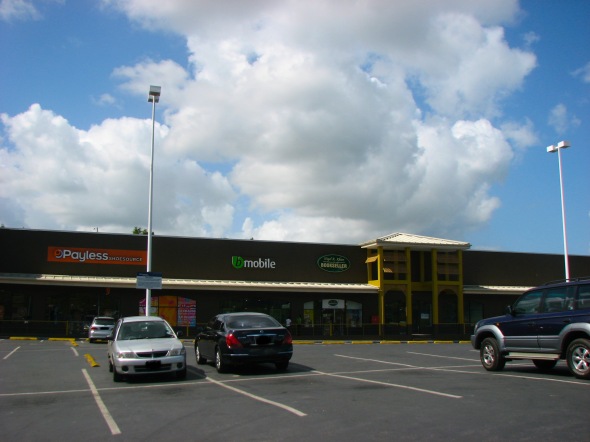 Anyway, we went there to do some shopping- get our laundry detergent, a few vegetables that ran out and other little monthly requirements.  For the Trinibagonians reading this, I’m sure you would be glad to see a couple of photos of familiar territory!  I hope so anyway.  I’m always happy to see my home country when I’m away!

So, after shopping there we went to this fishing village called Othaheite.  It’s located in south-west Trinidad and found at the junction of the Oropouche river and the Gulf of Paria(see RED arrow on Trinidad map below courtesy caribbean-on-line.com).The water looks quite brown and muddy since the river opens out into the sea- but the abundance of fish is the trade off!  I’ve been there a few times and find it quite rewarding to visit the local fishermen, hear their interesting stories and learn more about our fish.  It’s really very enlightening- I learn something new every time I go there to purchase our fish. 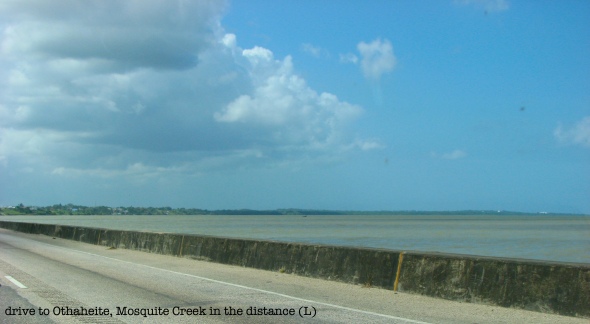 To get to Othaheite we have to pass the ‘Mosquito Creek’ where a crematorium- open air- is located.  I tried to take a few snaps, but unfortunately(or maybe fortunately) was unsuccessful. 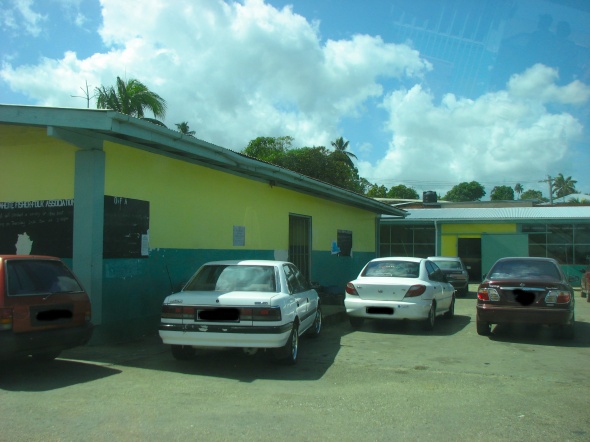 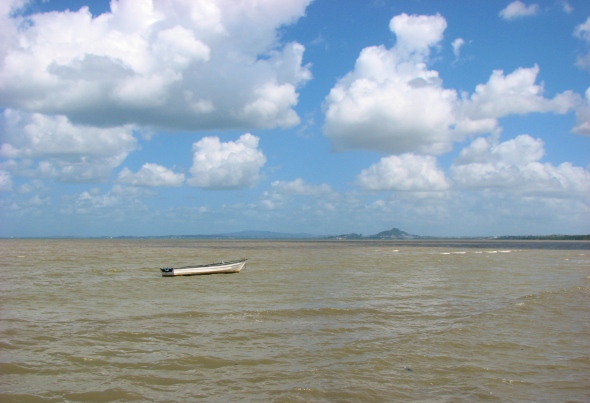 I ended up buying two small ‘red fish/snapper’- I don’t know the proper names of the fish, just the Trini names.  Among the fish I spotted some conchs/lambe.  They are delicious! Almost every island that I’ve been to has a special way of preparing these little sea ‘gems’, in Trinidad we prefer them curried.  I can’t say they are as popular here as they are in say Martinque, Guadeloupe, Grenada or other islands- I don’t know why!

Perhaps the only thing that I’m always bit surprised and disappointed about is the lack of proper storage.  Despite these fishermen saying that they’ve caught these fish ‘just a few hours ago’, I just wonder why keeping them on ice isn’t promoted more.  I guess we’re all so accustomed to purchasing fish like this that maybe it doesn’t bother us too much? But I’m always pretty careful about what I purchase and from where…I think you have to be.  So it makes me want to ask you, would you purchase fish/sea food that’s not being stored on ice? 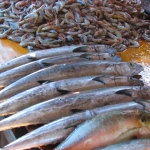 So in my last post I showed some photos from my market trip.  If you remember in one of my earlier posts ‘my 7 simple ‘musts’ for getting healthy and staying healthy’ I mentioned that I wanted to eat more fish?

Well at the Marabella market you can find a wide variety of fish- king fish, sharks, moonshine, carite, cascadura, shrimps, even crabs(mmm, I can taste the crab and dumpling)and more.  I usually go on Sundays and purchase the fish I feel like trying and then cook it immediately; I really don’t like leaving fish for longer than a day in the fridge so I try to purchase and cook the same day.

Some of the vendors don’t keep their fish under the right conditions and in this blistering heat I think the fish are at risk of rotting pretty quickly.  So, I’m really careful about who I buy from.  There’s a guy named Ravi who sells at the back of this fish section; his fish is always fresh and kept in a freezer/cooler with lots of ice.  Packing fish on ice is a MUST.  Some of the photos I got today show a little less than favorable conditions, but who am I to judge?  Some of these people get off their fishing boats and come straight to the market and I suppose the turnover is fast enough that it’s safe. 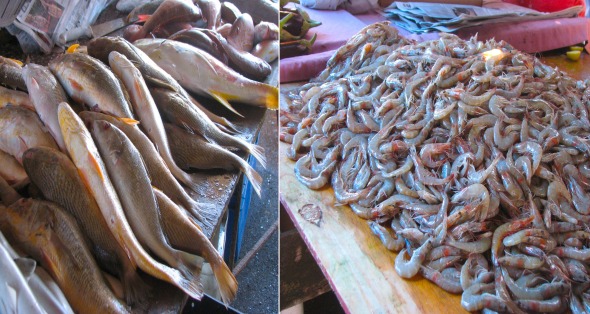 What amazed me about the trip to the market- and this is probably only the second time ever I’ve gone to photograph the stalls and bustling activity there- is that the vendors, well not just the vendors, but everyone, is so keen on being photographed! You cannot help but be warmed by their generosity to share themselves.  I haven’t included their images because I am after all, thehiddencook!  However, that doesn’t make me any less impressed and grateful to them for sharing their time and a part of themselves with me.  So, thank you!

Photographing New Zealand and telling the world about it

Get some good food. Cook it. Share with friends. Have a cocktail.

Tales from my kitchen

There are 5 sisters. She's the middlest.

"We all know fear. But passion makes us fearless." - Paulo Coelho

"Drawing is not an exercise of particular dexterity, but above all a means of expressing intimate feelings and moods." (Henri Matisse)

Service Industry Stories and More Since 2012

home cookery and the pursuit of the perfect dinner party

Living, Drinking and Eating in Burgundy